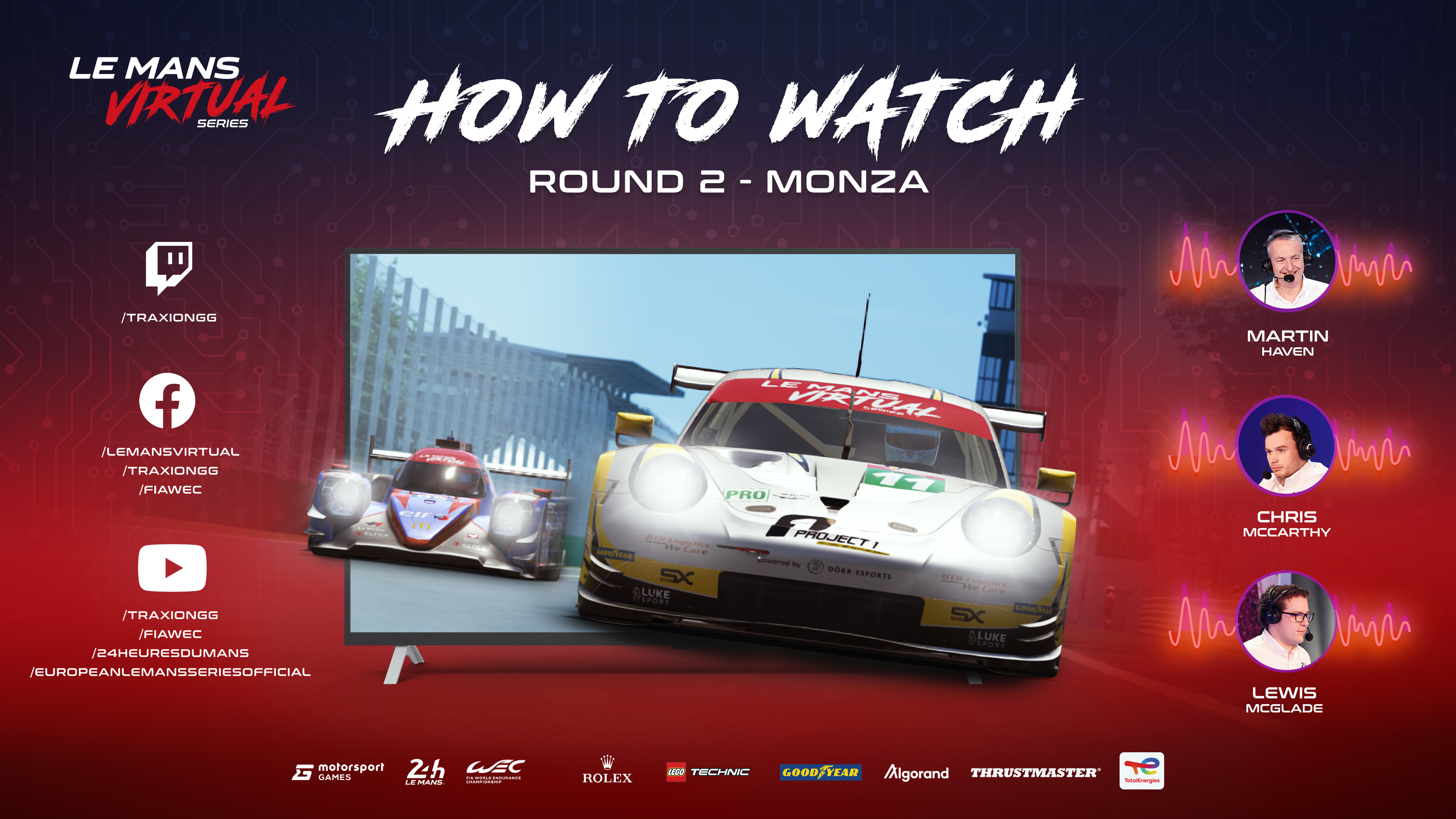 MIAMI, Oct. 05, 2022 (GLOBE NEWSWIRE) -- Motorsport Games Inc. (NASDAQ: MSGM) (“Motorsport Games”), a leading racing game developer, publisher and esports ecosystem provider of official motorsport racing series throughout the world, announces today the entry list for the second round of the 2022-23 Le Mans Virtual Series, 4 Hours of Monza. The list is available (HERE). The high level of both real life and sim drivers due to compete in the upcoming Monza event is a great indication that another closely contested race is likely from start to finish.

The race will take place on the rFactor2 platform at the virtual Autodromo Nazionale Monza and full, uninterrupted coverage will begin from 12:40 p.m. BST (CEST = +1 hour / EST = -5 hours) on Saturday, October 8. The Italian temple of speed is unmatched for its history and the passion it invokes in motorsport fans – real or virtual – and esport racing fans can be sure that plenty of action will be in store!

A total of 40 cars will battle it out in two different classes – 24 in LMP, with all competitors using an ORECA 07 LMP2 model, and 16 in GTE with teams having a choice of Ferrari, BMW, Porsche and Aston Martin Vantage models. Manufacturer support also comes to teams representing Alpine and Mercedes AMG.

Qualifying begins on Friday, October 7 at 6:00pm BST, and all race action can be followed on the FIA WEC, Le Mans and TraxionGG’s YouTube channels, on twitch.tv/traxiongg, and on multiple social media channels.

About Le Mans Virtual Series
Le Mans Virtual Series is a global, elite esports series made up of five rounds which bring together endurance racing and sim racing’s top teams to compete on some of the world’s most famous racetracks. International FIA-licensed real-world drivers are teamed up with elite esports squads to take on endurance classics for a total prize fund of US$250,000, culminating in the prestigious 24 Hours of Le Mans Virtual. Le Mans Virtual Series is a joint venture between leading racing game developer, publisher and esports ecosystem provider of official motorsport racing series throughout the world, Motorsport Games, and the Automobile Club de l’Ouest (ACO) - the creator and organizer of the world-famous 24 Hours of Le Mans and promoter of the FIA World Endurance Championship (FIA WEC).